Why gyre generator and not a wavemaker?

Wavemakers excel in making waves, while waves are spectacular to watch in motion, they are in fact moving the majority of the water vertically up and down, with relatively low horizontal movement, especially near the bottom of the aquarium.

On the other hand, gyre generators excel in moving sheer flow of water from one side of the aquarium to the other. The sheer flow of water is so strong that i would bounce back from the opposite site to achieve full circulation within an aquarium, ie. generating 'gyre flows'. 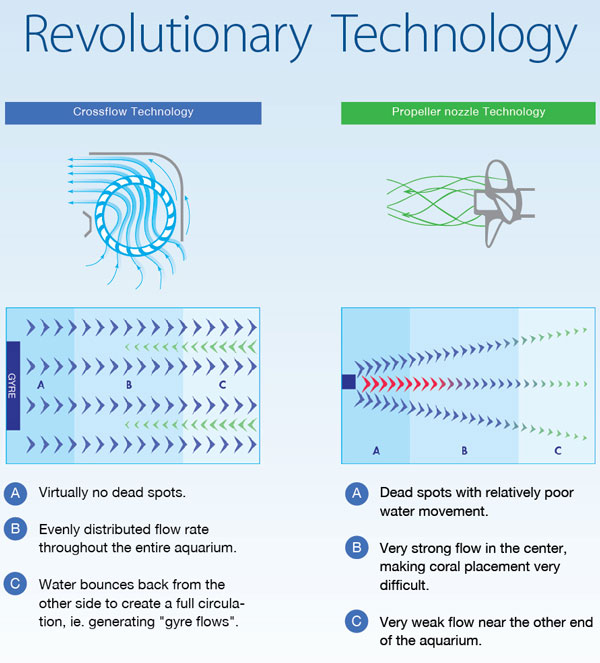 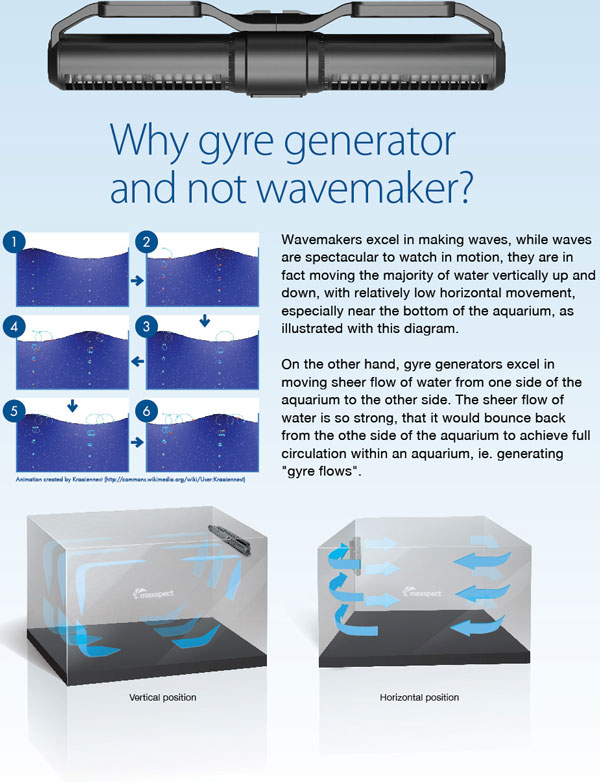